About cycling Holidays in Sicily

Sicily is the largest island of the mediterranean sea; the island's surface is 25,000 square km. To give you an idea, Sicily is slightly bigger than Wales. The biodiversity in Sicily is vast, and any season is suitable for a cycling trip. The island counts several Unesco world heritage sites, among which we find Mt Etna and the Aeoliands islands. The island of Sicily offers some delicious food, and people are welcoming, even though when behind the steering wheel, they do not show much empathy for cyclists. The landscape will show you beautiful beaches, archeological sites, charming mountain villages, and many mountain ranges. There are not many cycling lanes or real and clear bike routes, even though things have improved in the last ten years. Bike rental is not easy, but by the end of this article, I'll share with you the contact of the best place in Sicily where to rent a mountain bike, gravel, and a hybrid bike. The ideal solution is to bring your own bike to be independent and ride a mountain bike or a road bike that you know well. Sicily Active a tour operator based in Taormina offers several Mountain bike tours on Sicily east coast.

From Taormina to Etna Volcano

Type of bike: The best choice are the mountain bikes. More experienced cyclists can also decide to go with a Gravel

The first day will be the most physically demanding, and you will see a lot of biodiversities. Today you will cycle through the gree Alcantara Valley, the mountain village of Castiglione. In the afternoon, you will reach the north side of Mount Etna at the Chalet clan dei Ragazzi at an altitude of 1500 meters above sea level. The route to follow today is from Taormina along the road S.S. 114 towards Calatabiano, then ride along the road S.P. 81, a road that winds through some beautiful countryside, when the road turns into a dirty lane follow it for 90 minutes to Castiglione di Sicilia. Once in Castiglione, take your time to see the upper part of town, refill your water bottle and then cycle along the old railway to Linguaglossa di Sicilia, a village at the feet of Mt Etna. From Lingualossa town , follow the road "Mare- Neve" to the mountain Chalet "Clan dei Ragazzi" a fantastic place, where you will spend the night. The Chalet Clan dei Ragazzi offers rooms, and tents. Bike hire is also available.

Today as you cycle out of the Chalet, do a left. After one km downhill, turn left by the Ragabo hotel and follow the 42 km long "Altomontana" road that will take you from Etna north to etna south. Today, you will finish riding by the cableway and to your next accommodation, at the Rifugio Sapienza, where you will spend the night. Today's landscape is wild, made of lava fields, craters, and mountain shelters made of lava rocks. Remember to bring plenty of water bottles because there are no fountains, rivers, or lakes along the altomontana cycle trail. Remember that you are cycling in Sicily's most famous Unesco world heritage site today.

The last leg of this three-day cycling tour in Sicily is the easiest, and most of the road will be downhill. As a matter of fact, you will cycle from 1900 meters to sea level. Follow the paved road downhill towards Zafferana Etnea, then you will head along the wine road towards Linguaglossa, Piedimonte, and finally Giardini Naxos and Taormina. The view of the Ionian sea and the vineyards is fantastic.

The Iblean mountains, the baroque towns and the sea 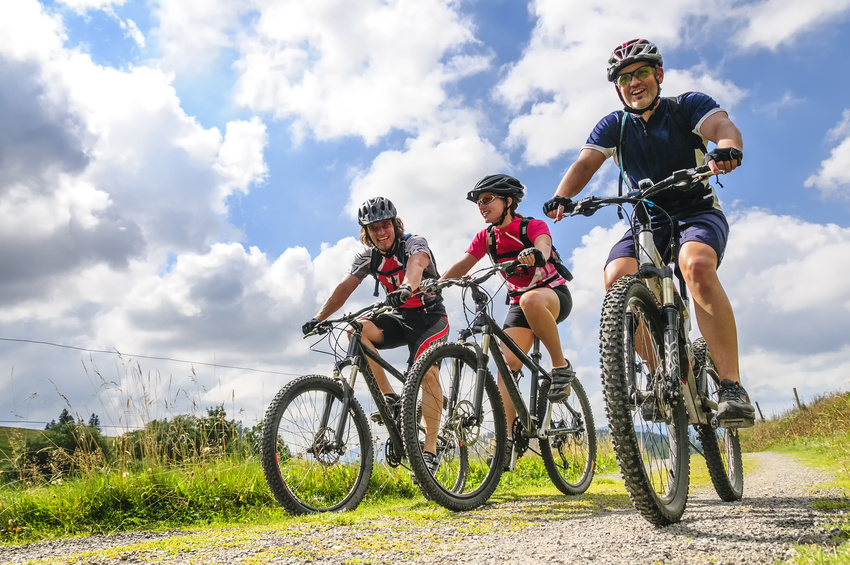 This second cycling itinerary winds through baroque towns, the iblean plateau, and some beautiful country roads enclosed within dry-stone walls of Sicily's south coast. The Val di Noto, included in 2003 by Unesco as a World Heritage Site, is the main destination of this trip. The total km of this route is 260, while the positive gain is just 1100 meters. This cycling tour lasts three days.

Type of bike: This cycling tour can be done also with a road bike

Level: Easy, not much uphill

Before leaving, we recommend a brief visit to Palazzolo Acreide. Admire the rich historical and monumental evidence of the historic center, such as the churches of San Sebastiano and San Paolo, beautiful examples of Sicilian Baroque architecture. Today you cycle through the Iblean territory that is sometimes barren and wild, occasionally arboreal but constantly varied and of great beauty, with the typical dry stone walls that delimit the various land properties. You reach Ragusa Ibla, one of the most beautiful cities of the Val di Noto, situated in a picturesque position on a hill. Today's stage ends in Modica, the second baroque jewel of our tour. The church of San Giorgio is particularly beautiful.

Before leaving Modica, it is mandatory to taste the famous chili-chocolate made from an ancient Aztec recipe brought to Sicily by the Spaniards. Pedaling slightly downhill along a typical Iblean quarry, you arrive in Scicli, another delightful Baroque town famous for being the movie set of the series "Il Commissario Montalbano" site. After the visit, cycle up to Pozzallo, with its long beaches.

Today's stage is entirely flat. Along the coast, we arrive at the most extreme point of the Continent, Isola delle Correnti, the watershed between the Ionian and Mediterranean Seas, at the same latitude as Tunisia. Continue passing through Portopalo di Capo Passero, the southernmost town in Europe, and along the sea to Marzamemi, an ancient fishing village. The stage ends in San Lorenzo.

From Palermo to Agrigento 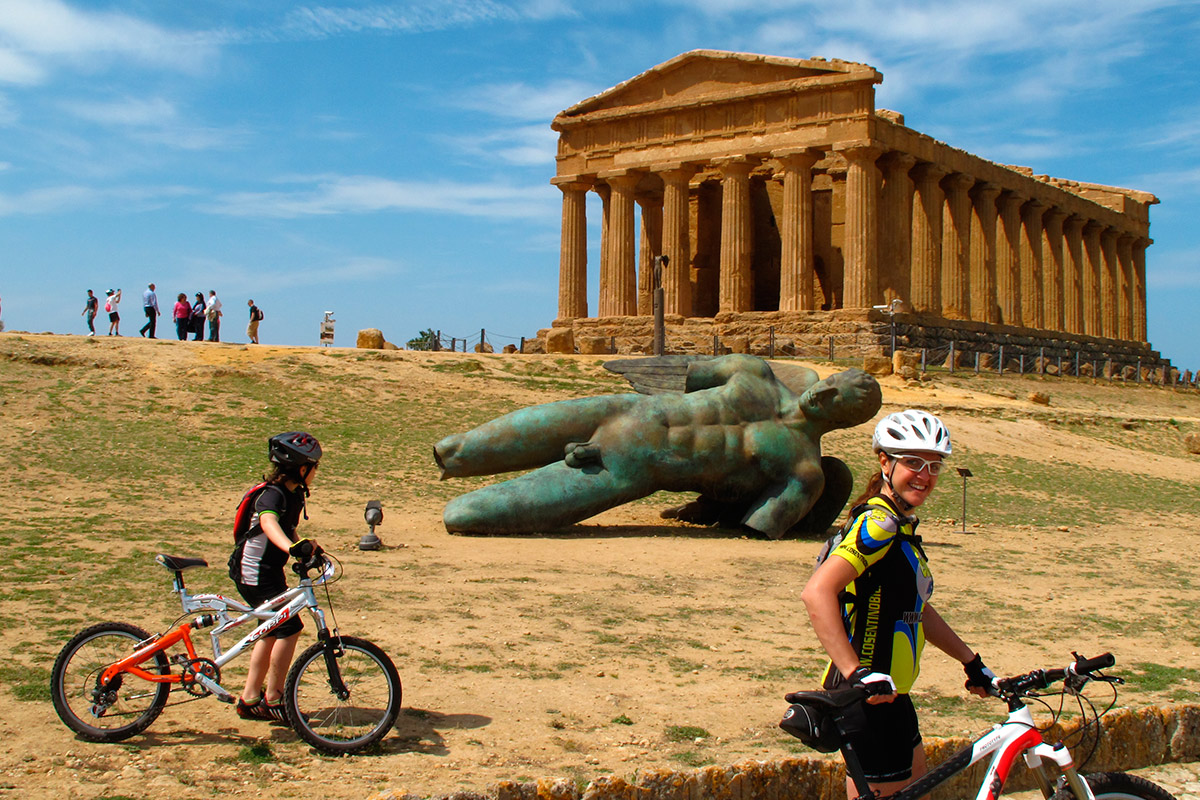 This Cycling holiday winds through 180 km of country trails in an uncontaminated territory, immersed in the silence of nature and in touch with the welcoming Sicilians. This cycling trip crosses Sicily'sUnesco sites starting from the multiethnic city of Palermo to the stunning valley of the Greek temples in Agrigento, through the beautiful valley of Belice, and passing on the Sicani mountains. This cycling holiday last fout to five days, depending how many kilometers you will cover every day. The total positive gain is 4800 meters.

Type of bike: the best choice is a mountain bike. Even a gravel can be used .

Public Transport: Palermo and Agrigento are well connected by a large number of trains on most of which bicycles are allowed for an extra cost of 3.50 euros. Timetables are available on www.trenitalia.com

The 55 km. trail that goes from Palermo to Corleone will pass through the Ficuzza woodland and introduce you to Sicily's inner region's arid but beautiful landscape. You will cycle along paved roads and through stretches of dirty paths.

From Prizzi to Castronovo di Sicilia the route goes into the Sicani mountains and the ghost town of Reina. Leave the village by following the road south-east towards the Monte Carcaci Nature Reserve and the equipped areas of Santa Caterina and Bosco Comuni, green lungs of the Sicani Mountains and of Sicily itself. The stage is demanding and with a moderate altitude difference. But crossing the Nature Reserve is one of those privileges of this bike adventure. The distance from Corleone to Prizzi is 19.3 km for over 1200 meters of positive gain across the hills of the Alto Belice Corleonese and the Sicani Mountains. Prizzi is the town of devils, murals, and hospitality. Remember to load up the water and bring food: there are no intermediate refreshment points and only one source to refill the water bottles in Cozzo Spolentino.

Today the road will pass through several small towns. You will have plenty of chances to refill the water bottle, and if you are too tired, you can call the day before Regalbuto, today's final goal. The positive gain is significant so plan well haed and be sure to have enough energy.

From Racalmuto, you arrive at the Grotte village, an agricultural settlement. From Grotte, the road continues along a provincial road to Petra di Calathansuderj, an archaeological site. A 30-meter high rock full of burial holes and caves inside. After passing Petra, you begin a climb that reaches an altitude of 570m, leading to the top of the hill overlooking the town of Comitini. In Cominiti, you can visit some churches and refill water or decide to stop. The road continues up to the road SS 189, which you cross carefully, overcoming it and passing the railway thanks to an underpass. You begin the climb towards Aragona, the largest center. Then we continue towards the provincial road, which takes us, through fields as far as the eye can see, to the road that reaches Joppolo Giancaxio, the last center of the journey before the final destination Agrigento.

Other places to cycle in Sicily

Palermo to Messina through the mountains

There are several places where you can rent all sorts of bike cycles on the island, but the one I trust for quality is "Chalet Clan dei Ragazzi" on Etna's north side. If you are looking for a cycling guide, contact Sicily Active. 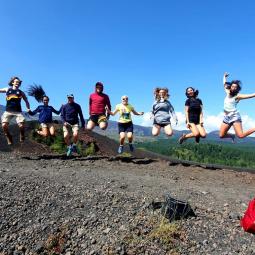 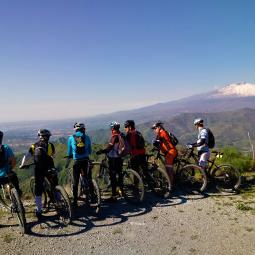 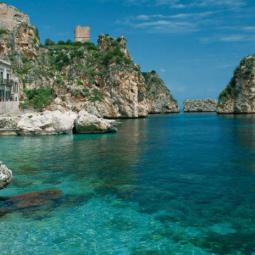 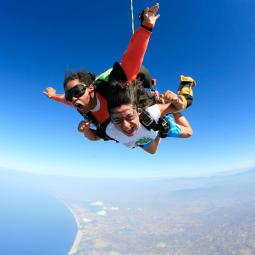 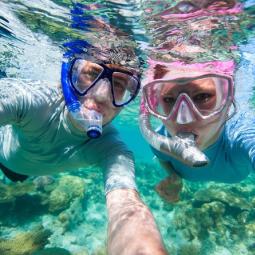