THE ORIGIN OF THE GIN

This old distillate in the collective imagination is strongly linked to England, but this product originates in the monasteries of the monks of France, Flanders, and Holland. So the first who distilled the prototypes of the gin called by the Latin name of "Acqua Vita" ( Water of Life) from a maceration of herbs, cereals, and juniper berries were monks. It was only after the ban on imports of French Brandy in 1668 by order of William of Orange that gin spread to England. The first traces of the use of juniper berries are found in some writings of the 11th century in a Benedictine monks convent in the province of Salerno in southern Italy, who distilled a product using juniper berries for medical purposes. The essential botanical for making a gin is the juniper berry, which can be combined with a series of herbs. Wild artichoke, orange, lemon or broom flowers, or any other herb found in the production area can contribute to the purpose of giving an aromatic perfume to the contents of the bottle and a distinct character to the distillate. The alcohol content of gin, on the other hand, is induced by ethyl alcohol, or in some modern products, distillates wine pomace are used. In recent years, there has been an absolute explosion of new gins from Italy to Spain via Latin America. There is no mixology without an excellent Gin.

The name gin is a shortened form of the older English word genever related to the French word genièvre and the Dutch word jenever. All ultimately derive from Juniperus, the Latin for juniper.

Some of the Botanics used in Sicilians Gin

A whole Chapter of this article about Sicilian Gin has to be dedicated to the Gin produced on Mount Etna's flanks. The production of this refreshing tasting drink began on the flanks of this Sicilian active volcano. In 2017 three young friends ( Stefano Lo Giudice, Diego Pollicina, and Alessandro Malfitana) living in the U.K were enlightened by the vision of producing the first Sicilian Gin with a delicious Mediterranean twist using the highest quality ingredients available on Mount Etna. Since then in less than five years the domestic and international market welcomed a series of Gins produced on the sunny shores of Sicily, all of them perfectly crafted to balance the mix of local Botanics and some highest quality ingredients. More Over all the Gins produced in Sicily they partially count on the use of botanicals available on Etna. 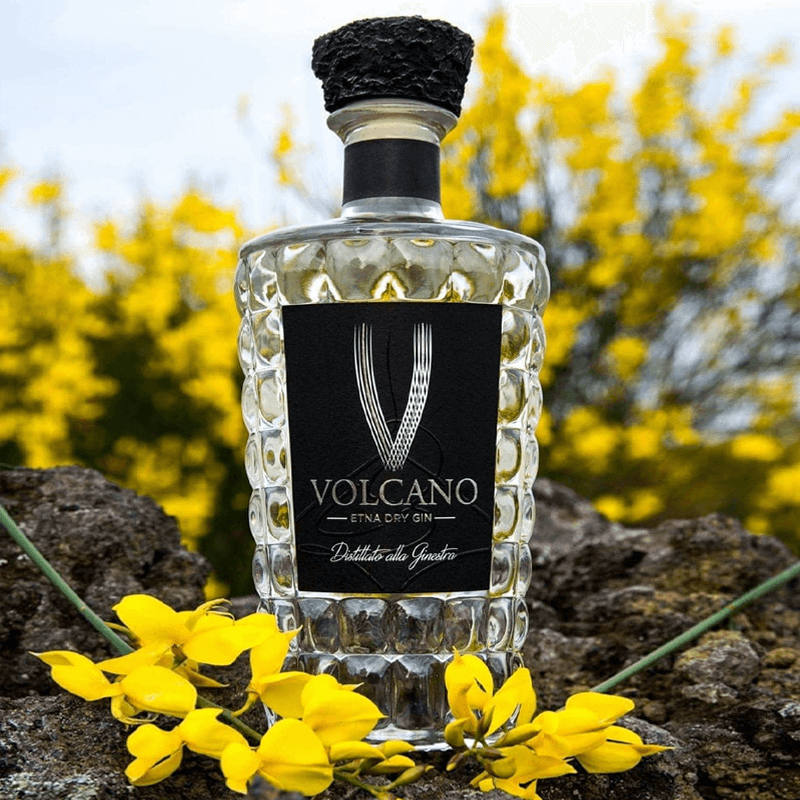 This Etna Gin finds the point of balance in elegance. The design of the solid glass bottle completed by the lava stone cap is a work of art that pays homage to both the territory and the era of American prohibition. The use of broom among the botanicals of Volcano Gin gives it a fresh and well-balanced flavor between bitter and sweet notes. Wild fennel together with bitter orange gives Volcano Gin strong wild aromatic notes and a pleasant freshness. The quality and originality of this Sicilian gin produced on Mount Etna are surprising. The Volcano Gin brand, a pioneer in the production of Gin in Sicily, also produces a tonic. The three partners Stefano, Diego, and Alessandro in collaboration with the prestigious Gambino winery have created a fantastic rosé gin from the combination of expertly cold macerated Etnean botanicals that are aged on the noble lees of Nerello Mascalese. The project for the creation of this innovative Gin Rosè was followed by the Etna consortium. The Volcano Gin website offers an online store. 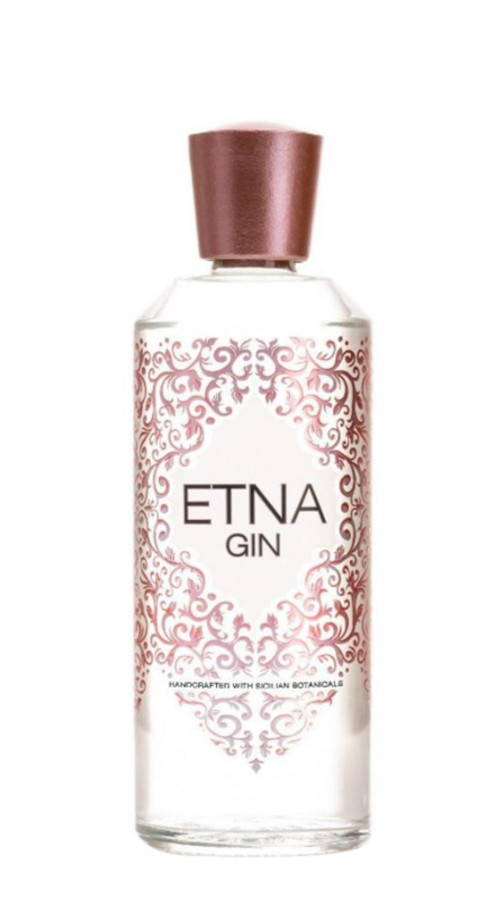 The choice of pink baroque-style arabesques, a modern and elegant satin cap, and the brand name with sober characters do not make the Etna gin bottle go unnoticed. This product was born on the slopes of Etna and finds the definition of its character in the research and maniacal balancing of local botanicals. The use of wild artichoke, rosemary, orange peel and fennel make Etna Gin enveloping on the palate and with fresh olfactory notes. The juniper notes stands out decisively and gives a pleasant freshness to this Sicilian gin. The Belfiore distillery also produces a tonic to be mixed with Etna Gin. The website offers the possibility of an online store and a Mixology section. 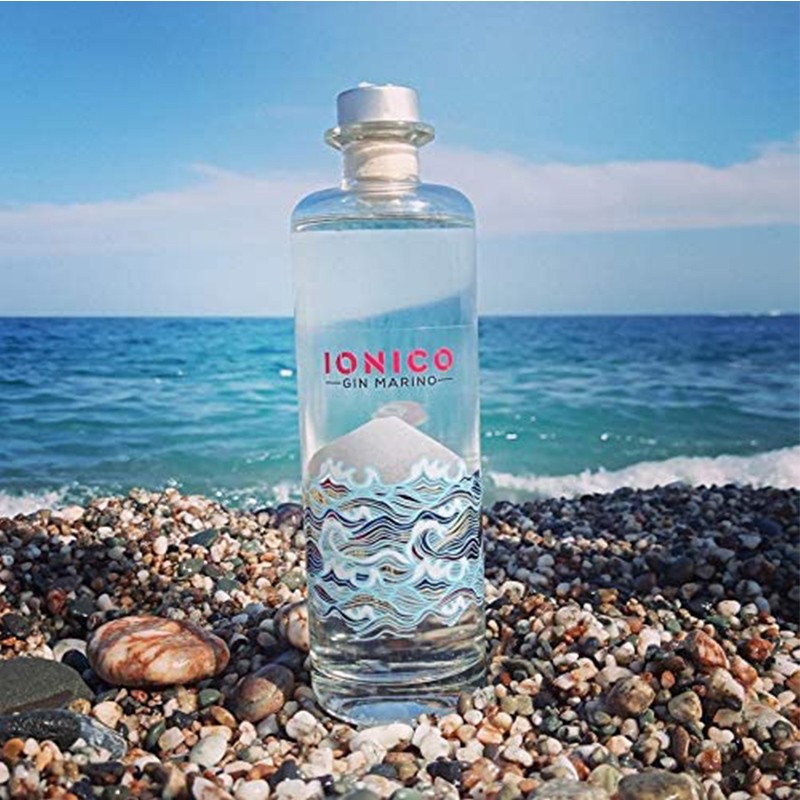 The bottle with a stylistic choice of the label with pastel-colored waves under a smoking volcano perfectly embodies the combination of marine and mountain botanical scents that this gin contains. Ionico gin is produced with the cold compound method which also includes a refinement period. The hints of Etna juniper when they meet the salinity of a hydro saline mixture give the palate a distinguishable and Mediterranean flavor. The clear flavor and the timid but present hint of citrus create a freshness that brings to mind the Sicilian summer nights. The Pistone brothers' website has an online store with a series of bitters and liqueurs created with a distinct search for the flavors of Sicily. 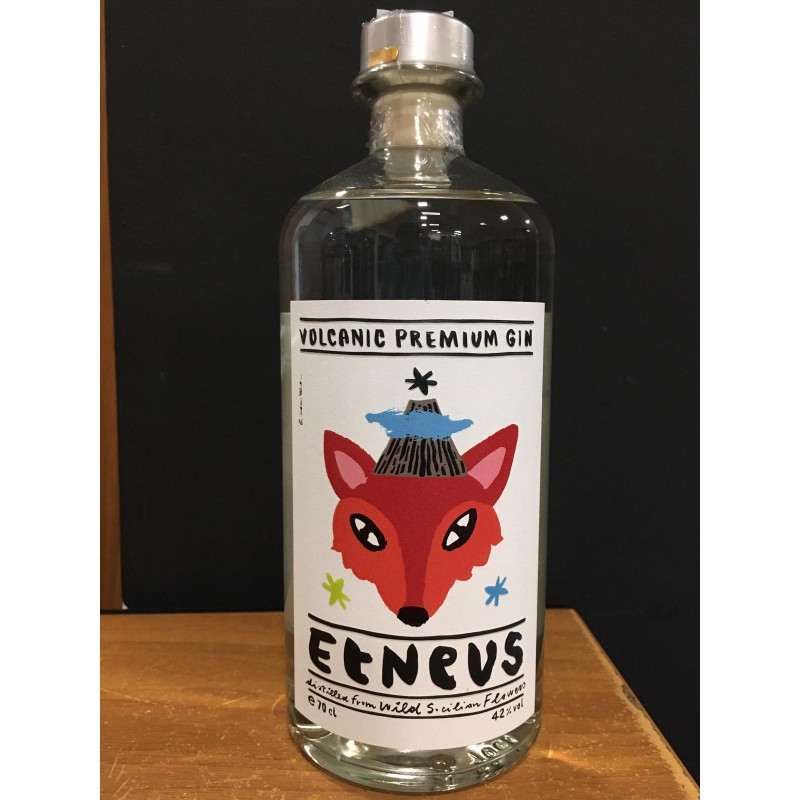 The label of this Etna Gin that portrays the face of a colored fox surmounted by the Volcano is jaunty, with a cartoon character and transmits a smile. The bottle is less refined in style than its competitors. Among all the gins produced with the botanicals of Etna, Gin Etneum is the one that has the most floral soul that is perceived decisively and seductively as soon as the bottle is opened. On the palate it is decisive and fresh thanks to the use of bergamot and Sicilian bianchetto lemon, in contrast, the elderberry and eucalyptus give it a pleasant and distant sweetness. Etneum gin is elegant, decisive and can stimulate the mixology of those who want to experiment and innovate their menu. On the website, you can also buy another product, a bitter with a Sicilian flavor.

Ginacria is the result of Dario Rinaldi's research and curiosity who in this gin wanted to condense his experience as an agronomist, his interest in innovation and, his love for Sicily. Ginacria Gin comes from a selection of hand-picked botanicals between the steep slopes of Etna and the fertile plain of Catania. The citrus notes of lemon and orange, the reverberations of licorice root, the unique aroma of false pepper return a balanced and intriguing blend with a Mediterranean character. Ginacria is obtained by cold distillation, a cutting-edge technique useful for preserving the integrity of the most delicate botanicals, such as orange blossom. The recipe for this Sicilian gin was developed in collaboration with a London company specializing in cold distillation. Both the label and the name are an idea of the artist Mariagrazia Pontorno.

Last in order of arrival among the Sicilian Gins, Grand Tour has just debuted , even if the recipe had been running for at least a decade in the mind of Christian Sciglio, a Sicilian master bartender. The products used are an authentic periplus of Sicily: the cola apple from Mt. Etna (an ancient endemic fruit small and very tasty), the caper of Salina island, the Pachino tomato from the province of Syracuse, and then again the nettle, the leaves of olive tree and, the zest of the Sicilian verdello lemon. The mixed production technique between distillation and maceration is interesting, which makes this gin both deep and fresh; the nose, intense and Mediterranean, anticipates a full, balanced and very persistent sip.

This Sicilian gin produced by the Russo brothers' distillery is obtained by the maceration of barley, wheat, and the use of Juniper from Etna and with botanicals among which the broom and the roots of wild plants that grow on Etna. The Gin produced by the Russo brothers is sober, elegant, and essential with well-defined aromas and a flavor reminiscent of the most classic of English gins. The bottle, as well as the label, seems an homage to the English school of design.

Insulae Sicilian Gin is made with botanicals of exceptional quality, exclusively grown in Sicily: Lemon, Sweet and Bitter Orange and Mandarin; Carob; Ispica sesame, Pistachio and Almond and Jasmine. Insulae Sicilian Gin is seductive and intriguing on the nose, with citrus and floral notes. On the palate it detaches itself with baroque elegance from the flavor of classic English gins to create a typically Mediterranean and innovative product that deserves to be tried by the most curious bartenders to experience mixiology.

If just a decade ago the idea of producing gin outside of England could have sounded like blasphemy to some, nowadays it's an exciting reality. The Sicilian gin due to the high quality of the local botanicals and the passion of Sicilian producers has drawn and deserved international attention from both, consumers and the Gin industry. The Sicilian Gins have added a twist of Mediterranean flavor to the more classic gin and have added a new array of flavors to the arsenal of any barman keen on expanding his knowledge of mixology. 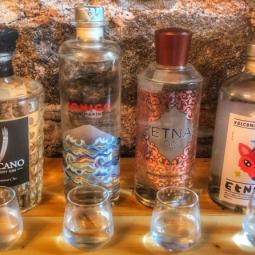 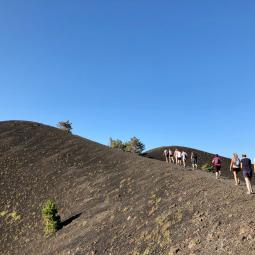 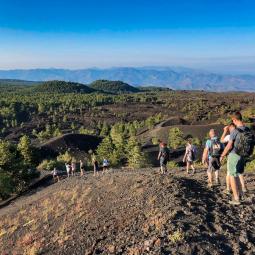